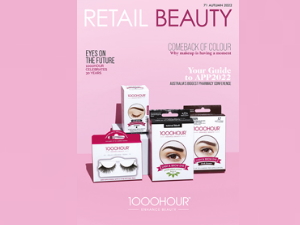 Changes to Michael Edwards’ Fragrance Wheel are as rare as comets, so when they occur it is for good reason. The last change was in 1998 when Michael added the Water family to account for the exponential growth in fragrances with marine notes. In June of this year, Michael sent out the media release, ‘It’s Time to Change’, announcing that Fragrances of the World is replacing the word Oriental with Amber in all English language classifications. The families that used the outgoing word in their descriptions have been updated to Floral Amber, Soft Amber, Amber and Woody Amber.

There has been a lot of discussion, particularly in the US and the UK where our work is used extensively, about the term Oriental being outdated and, in some contexts, offensive. In 2016, Barack Obama enacted legislation banning the word in government documents as a description for people of Asian heritage. Many will be familiar with the oriental sensuality evoked by such fragrances as Opium and Shalimar. We noticed that younger people do not make the same association.

In a world now connected by global travel and the Internet, the fantasy of ‘the Orient’, as it was once portrayed, bears little resemblance to the modern cities of Shanghai, Tokyo or Seoul. Critics point out the word is a reminder of colonialism, of a time when Anglo countries saw themselves as the centre of the world and everything east was exotic.

“Terms which indicate a direction on a sphere are intrinsically ridiculous: Near East, Far East, Western Hemisphere, West Indies…” said biophysicist and writer Luca Turin, who added, “Oriental was never particularly descriptive. If anything, the ‘Orient’ gave us sandalwood, patchouli and oud, none of which screams Shalimar.”

Within the context of perfumery, the term Oriental was never intended to be offensive, but perceptions change. Perfumers, evaluators and marketing executives from leading oil houses were asking for our opinion. Some of their clients wanted to avoid using the word to describe their fragrances. These concerns sent us on a journey of enquiry. Opinion was divided.

In Michael’s classification system, ambergris is much like musk, it is a supporting note shared by all families. His Woody Amber family encapsulates the use of modern woody-amber ingredients. We still recommend that the industry refines its language around amber notes to avoid the potential of confusing consumers. Since Michael announced the update of his Fragrance Wheel, the response has been overwhelmingly positive. A majority of oil houses have started talking about change, and numerous global brands have begun replacing oriental with amber in their product marketing and training content.

We expect these changes will happen quietly, whilst the US Fragrance Foundation and media sites like Scent Festival, ÇaFleureBon and Fat Mascara champion the change through their digital media channels. “Never doubt that a small group of thoughtful, committed citizens can change the world; indeed, it’s the only thing that ever has.” – Margaret Mead

This is an edited extract by Clayton Ilolhia from the Spring 2021 issue of Retail Beauty. Read the full feature in the upcoming issue, out soon.